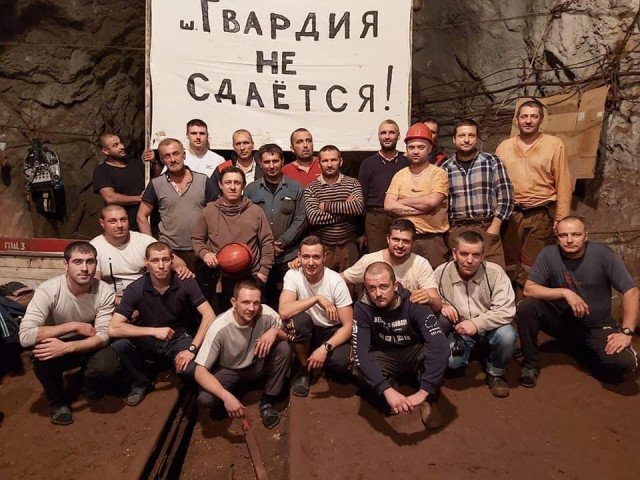 At the 'Kryvyi Rih Iron Ore Plant' (KZRK), miners have been on strike underground for the third week in a row. At one point, 393 workers were protesting at a depth of 1400 meters, and near 200 of them are still there. However, since the demand to increase salaries up to 1000 euro was not satisfied, the protest went on and the Security Service of Ukraine interfered

At the ‘Kryvyi Rih Iron Ore Plant’ (KZRK), miners have been on strike underground for the third week in a row. The plant is one of biggest iron ore producer in Ukraine and consists of 4 mines: Hvardiyska, Oktiabrska, Rodina, and Ternivska. On September 3, 2020, about 30 miners from the Oktiabrska mine stayed underground, thereby suspending the operation of the mine. The lack of social dialogue is what made miners take such a desperate action. Workers are not satisfied with the unfair distribution of profit extracted from the exploitation of subsoil, which belongs to the people. Shortly afterwards, workers at three other mines joined the spontaneous strike. At one point, 393 workers were protesting at a depth of 1400 meters, and near 200 of them are still there.

Simultaneously, protest demonstrations have been taking place in front of the factory administration building. On September 12, workers from the crushing and sorting plants stopped work. The production process has been stopped, products are not being shipped. Therefore, the enterprise has not made any profit and has paid less income tax. Those workers who stayed on the surface are getting 75% of their salary during downtime. Social tension has been increasing, and protests might spread to other industrial enterprises (like what happened in 2017). The miners’ state of health is drastically worsening: a long-term stay underground will affect their physical and psychic health irreversibly. The biggest Ukrainian media have hardly covered the strike even though it’s one of the largest industrial protests of the last 20 years. 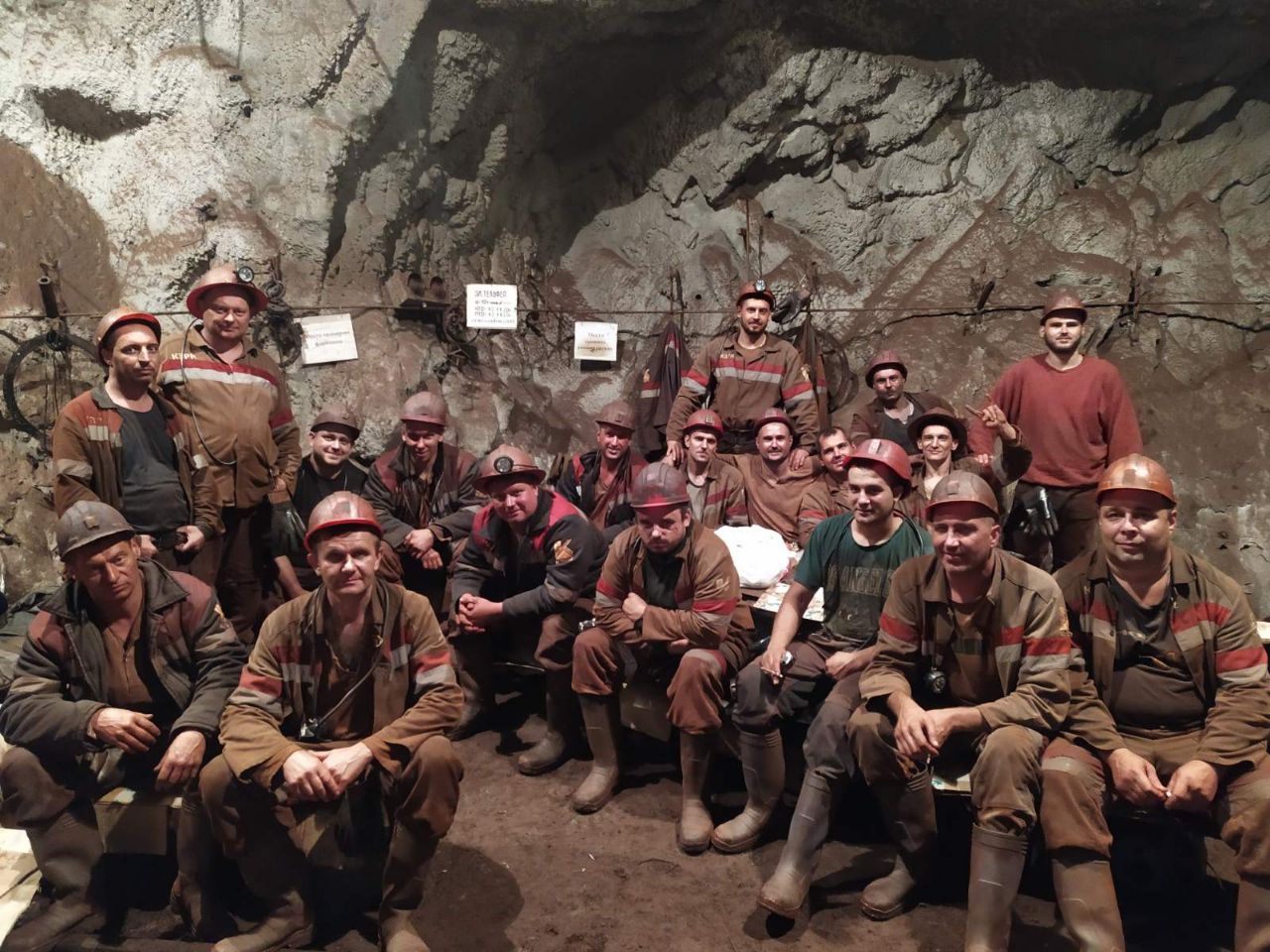 The reaction of the Plant Management

In the early days of the strike, the KZRK enterprise released an official claim recognizing the workers’ actions as illegal. The administration announced their intention to contact the Security Service of Ukraine and make the miners pay damages. When the workers of all the other mines supported the strike, the employers promised not to persecute those involved in the protest. The management expected this to encourage protesters to stop the strike. However, since the demand to increase salaries up to 1000 euro was not satisfied, the protest went on and the Security Service of Ukraine interfered. 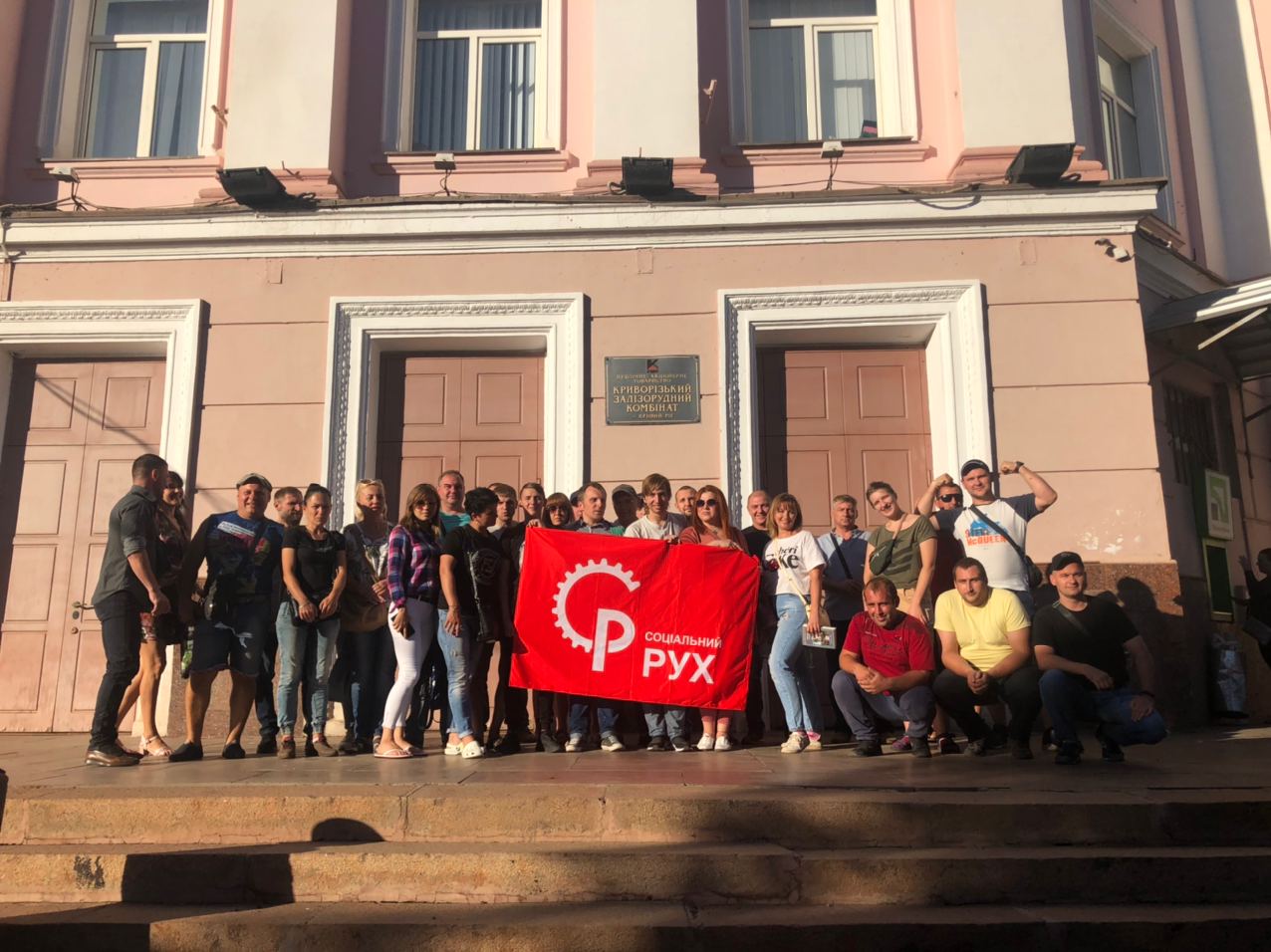 The Security Service of Ukraine Interference

Participants of the above-ground demos report that they are being called to give explanations to the Security Service of Ukraine (SSU). Besides this, special services have tried to enter one of the mines. No charges have been brought against anyone so far, but the fact of the SSU being interested in a labor dispute is of concern and threatens the right to freedom of association.

What You Can Do

1) Spread the information about the strike and the attempts of security services to interrupt it.
2) Write a letter to the plant administration (krruda@krruda.dp.ua), President of Ukraine (press@apu.gov.ua), or Cabinet of Ministers of Ukraine (zmi@kmu.gov.ua).
3) Organize a demo in your city in support of the miners on strike.
4) Call out the oligarchs who co-own the plant (Ihor Kolomoyskyi and Rinat Akhmetov) and complicate their business operation. 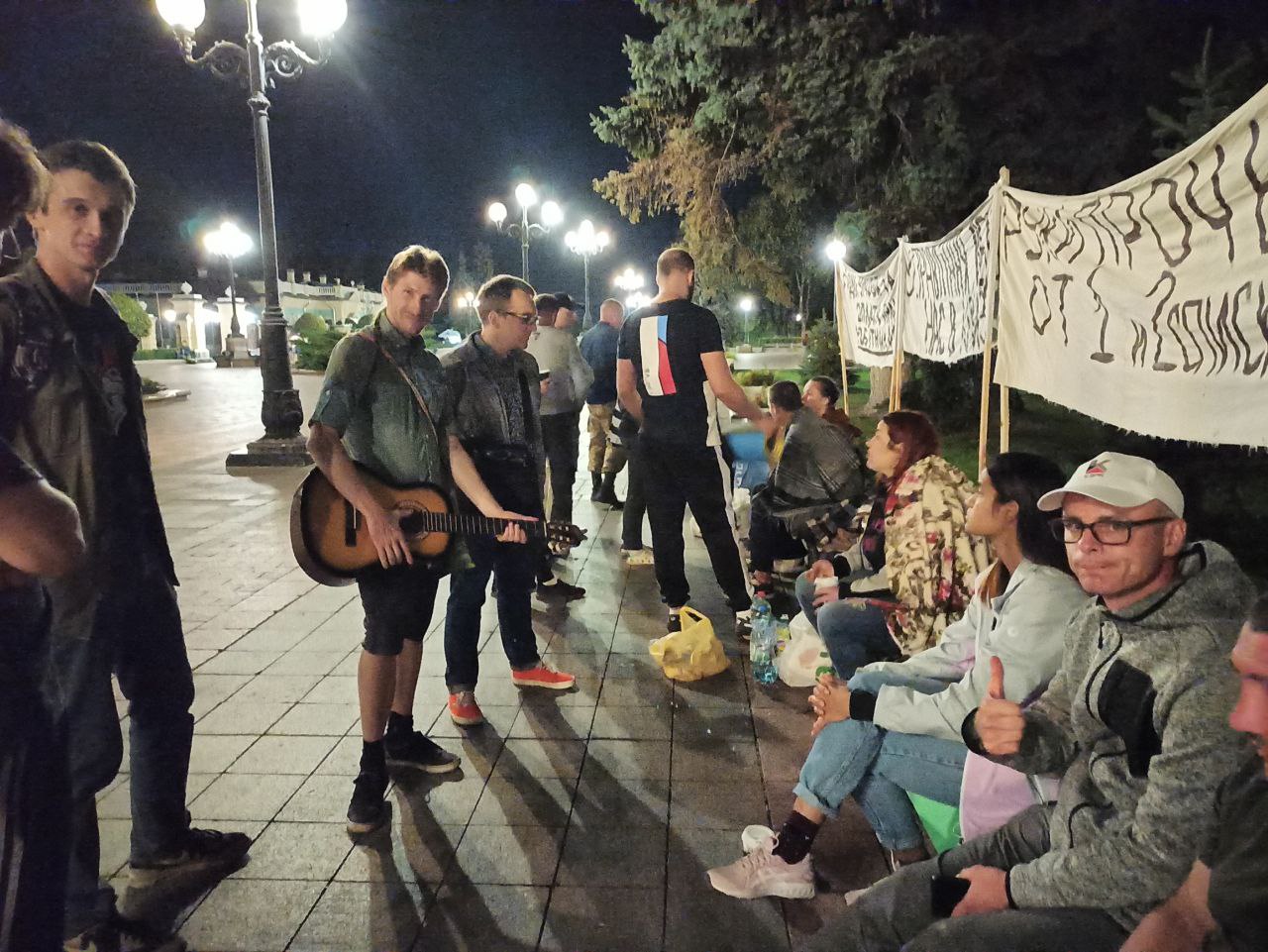